And the children of Israel shall pitch their tents, everyman by his own camp, and every man by his own standard, throughout their host - Numbers 1:52

There’s one flag that likely stands out in the minds of every Marine who has come through one of the Marine Corps Recruit Depots: The Guidon Flag. According to the official USMC Flag Manual, “the guidon flag is a unit flag carried by companies, batteries, and comparable units as a unit marker and for other purposes.” The Guidon Flag is the official symbol of the fighting unit it represents. 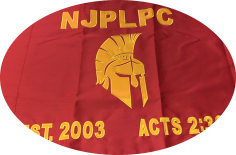